Daily Oil Bulletin (DOB) reflects on the leadership of Steve and Jenn Major as Chairs of the 71st Canadian Energy Executive Association (CEEA) over the past year, with their term having concluded on October 1, 2022.

DOB writes that Steve and Jenn, "defined their term’s overarching theme as 'Mission Possible'—a concept that embraced the concept of an industry not only regaining its footing after a seven-year downturn, but one enjoying a rebirth of importance in a world now confronting the realities of energy security and energy poverty. That’s now why “renaissance” figures prominently in the official CEEA mission statement."

Steve says that during his and Jenn's term, "It was very clear we had an opportunity and an obligation to connect more effectively with Canadians. The Canadian energy story has needed better telling and given that CEEA’s membership is defined by all key sector players, we’re well positioned to do that … to better articulate the sector’s values, and the way our energy is produced and why we’re among the best on the planet.”

Bennett Jones thanks Steve and Jenn for all of their time, leadership and vision as CEEA '71 Chairs and for so proudly carrying the message of the Canadian energy sector across the country. 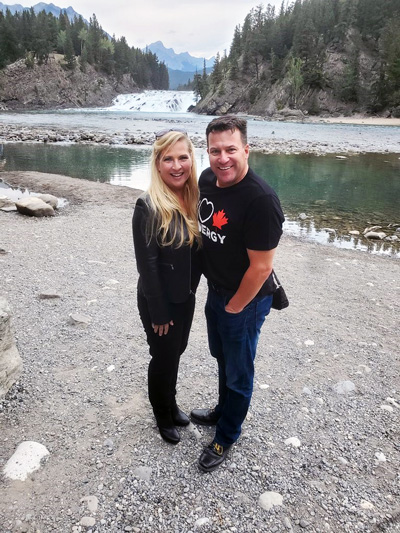