The Future of Canada's Energy Industry

The Bennett Jones New Energy Economy Series focuses on the future of Canada's energy industry and will look at key developments at the provincial and federal levels and what they mean for businesses and investors. 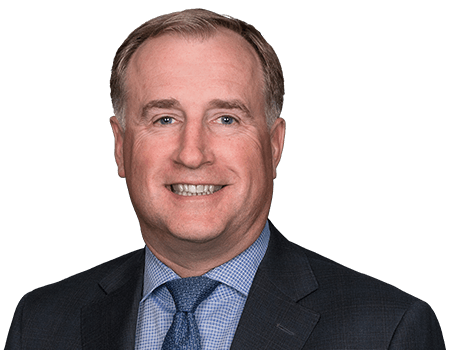 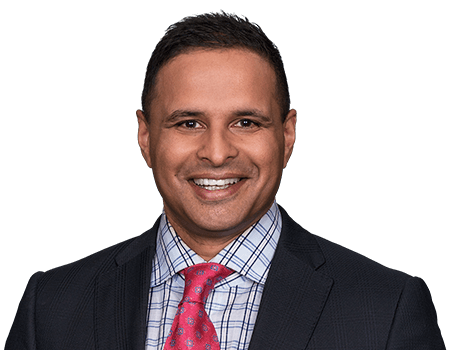 Alberta's Role in the Pathway to Net-Zero

As Alberta continues to diversify its economy, the province has seen significant growth and investment in recent years in the development of renewable projects. Renewable natural gas is one such area gaining increased attention in Alberta. In this blog, we provide an overview of the initial-stage regulatory considerations for RNG projects in Alberta.

Achieving Net Zero by 2050: The MMV Plan as a Fundamental Component to Carbon Sequestration Operations

The Government of Canada adopted the Canadian Net-Zero Emissions Accountability Act in 2021 that sets an ambitious emissions reduction target of 40 to 45 percent below 2005 levels and net-zero by 2050, followed by the introduction of the 2030 Emissions Reduction Plan on March 29, 2022 for achieving those legislative requirements. In that regard, the net-zero transition exposes all sectors of the economy to disruption, and along with the upstream oil and gas sector, are facing increased scrutiny of their commercial operations, including environmental, social and governance objectives.

Michael Whitt comments in the Globe and Mail on UN Secretary-General Antonio Guterres' call for global sharing of intellectual property to jump-start the renewable energy transition. Guterres made his remarks at the release of the World Meteorological Organization's State of the Global Climate 2021 Report.

The 2022 Canadian Federal Budget, released on April 7, 2022, sets the fundamental groundwork of the Government of Canada's goals for national economic development. Following Canada's announcement of its 2030 Emissions Reduction Plan on March 29, 2022, for achieving a net-zero economy by 2050, the Budget establishes a refundable investment tax credit for Carbon Capture, Utilization and Storage (CCUS) beginning in 2022. The Budget did not provide specific proposed legislation for the CCUS Tax Credit. As a result, there could be differences between the form of future proposed legislation and the Budget and such differences could be material.

The Government of Canada (through Environment and Climate Change Canada) launched a consultation through the publication of a discussion paper, "A Clean Electricity Standard in support of a net-zero electricity sector: discussion paper," to solicit comments on a clean electricity standard under the Canadian Environmental Protection Act, 1999. The consultation is in support of the stated goals of the federal government to transition to a net-zero electricity supply by 2035 and to achieve economy-wide net-zero emissions by 2050.

On March 29, 2022, the Government of Canada released the first of a series of emissions reduction plans, entitled "2030 Emissions Reduction Plan – Canada's Next Steps for Clean Air and a Strong Economy" under the Canadian Net-Zero Emissions Accountability Act. The Act, which establishes in law Canada's 2030 emissions reduction target of 40 to 45 percent below 2005 levels and net-zero by 2050, requires Canada to set emissions reduction targets at five-year intervals and to publish credible plans to meet such targets. Accordingly, the ERP lays out a high level sector-by-sector approach for Canada to reach its climate targets.

Indigenous Reconciliation and the Climate: A Review of Two of Canada's Priorities in 2022

On December 16, 2021, the Prime Minister released the much-anticipated mandate letters outlining executive priorities and providing direction to cabinet ministers for the upcoming term. While customized for each of the 38 cabinet ministers, the letters contain some common priorities. These letters touched on many issues, including economic recovery and creating a more diverse and inclusive Canada. Two priorities emerged that are likely consistent with the strategic direction of companies in natural resources and other emissions-intensive industries: (i) accelerating efforts to address climate change and (ii) advancing Indigenous reconciliation.

Energy innovation and transformation is front and centre at all levels of government and industry as society collectively tackles climate issues. Interest in the development and deployment of Small Modular Reactors (SMRs) continues to gain traction due to their size, design and the potential to help reduce greenhouse gas emissions. SMRs are nuclear fission reactors that can produce significant amounts of low-carbon electricity despite being considerably smaller in scope and footprint than conventional nuclear reactors.

On February 14, 2022, the federal government announced the launch of the Output-Based Pricing System Proceeds Fund (the OBPS Proceeds Fund), which will aggregate the proceeds received by virtue of the federal Output-Based Pricing System (the OBPS). The OBPS Proceeds Fund aims to support industrial initiatives that reduce greenhouse gas (GHG) emissions and deploy clean technology and green energy by re-investing the proceeds of the federal OBPS back into the jurisdictions from which they originate, into projects that reduce carbon pollution.

On November 5, 2021, the Government of Alberta released its Hydrogen Roadmap (the H2 Roadmap), which presents the government's policy framework for encouraging a domestic market for clean hydrogen and capitalizing on an anticipated multi-billion dollar global hydrogen economy. As discussed in our prior posts on the New Energy Economy, Alberta's move follows similar strategies released earlier by the governments of British Columbia and Canada, as well as strategies released in Germany and the EU, Japan and South Korea and Australia.

The Government of Saskatchewan has recently implemented a number of regulatory changes to assist energy projects. These changes further expand and refine the Ministry of Energy and Resources 2019 Petroleum Innovation Incentive Program (PIIP or SPII) and the 2020 Oil Infrastructure Investment Program (OIIP). Additionally, the programs now go beyond oil and gas to include carbon dioxide projects and helium projects.

How Energy Lawyers Are Adapting to an Evolving Environment

Vivek Warrier comments in the Financial Post on activity in Canada's oil & gas industry and in renewable energy and what it has meant for law firms.

Bennett Jones acted for ATCO Ltd. in its acquisition of the Empress Solar Project, a 39 MW photovoltaic solar facility under development in Alberta. This marks another step in ATCO's commitment to contribute to the decarbonization of the electricity grid while enabling customers to reduce the carbon intensity of their energy.

Duncan McPherson comments in Hydrogen Economist on British Columbia’s comprehensive hydrogen strategy. He explains that, "many regulatory changes are needed to lay the foundation for a successful hydrogen industry in the province. The two most important changes are regulations to allow carbon capture and storage to open the door for blue hydrogen production in the province, and regulations to provide water rights to green hydrogen projects since electrolysers need a lot of water.”

On May 12, 2021, the Government of Alberta issued a statement to announce that it will now be granting carbon sequestration rights through a competitive process. Carbon capture utilization and storage (CCUS) is a method where a large volume of carbon dioxide is captured, transported, and injected into the ground to be permanently stored.

Alberta's Role in the Pathway to Net-Zero